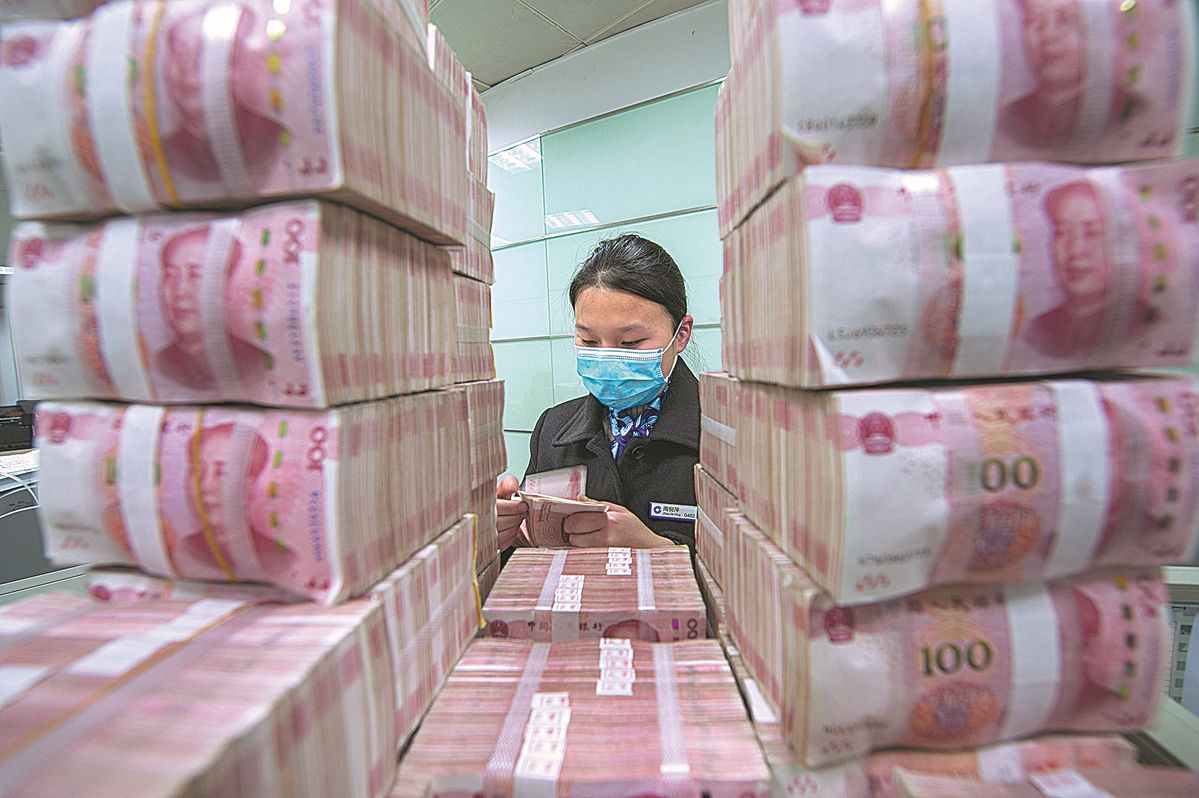 The renminbi saw its share of global payments by value hit a record high of 3.2 percent in January, up from 2.7 percent in December.

This helped the Chinese currency to retain fourth place in the global list, behind the US dollar, the euro and the British pound.

The data were disclosed by the Society for Worldwide Interbank Financial Telecommunication, known as SWIFT, a global financial messaging services provider, on Thursday.

Experts attributed the renminbi's strong performance in global payments to China's rising value of exports and the international community's increasing willingness to use the Chinese currency.

In December, the renminbi had risen one position to become the fourth most active currency for global payments by value, dislodging the Japanese yen. The last time it was in fourth place was in September 2015.

Measured by payment value, renminbi payments in January rose by almost 11 percent from a month earlier, while that of all the other currencies contracted by 6.48 percent during the same period, SWIFT said.

Wang Youxin, a senior researcher at Bank of China, said that the renminbi's bigger share is largely associated with China's rising role in international trade.

The global supply chain has met with many difficulties, especially due to the COVID-19, with trade and logistics services disrupted in overseas markets. But orders have been pouring in to China thanks to its resilient supply chain. As China's imports and exports grow, renminbi-denominated settlements have been more frequently used in international trade.

Against the US dollar's rising volatility, the renminbi's stable foreign exchange rate has strengthened international investors' confidence in using the Chinese currency for cross-border trade, investment and financing, Wang said.

Data provided by the General Administration of Customs earlier this month showed that the total value of China's goods imports and exports in 2021 expanded more than 21 percent year-on-year to top 39 trillion yuan.

Zhou Maohua, an analyst from China Everbright Bank, said the renminbi's position as a reserve currency worldwide has also been rising steadily over the past few years, showing the world's central banks' increasing confidence in the Chinese currency.

As the renminbi's foreign exchange rate is expected to remain steady, yuan-denominated assets will be more favored, given their rising safety. Also, they are used to hedge risks. In this sense, there is more room for growth for the renminbi as a reserve currency, he said.

Morgan Stanley predicted that the renminbi will become the world's third-largest reserve currency in 2030. The currency already ranks fifth in the International Monetary Fund's latest data.

However, the renminbi's international position at present does not match the size of China's economy, said Zhang Chun, a professor at the Shanghai Advanced Institute of Finance.

The US accounted for the largest share of 24.4 percent of the world's GDP in 2021, while China came in second with 17.9 percent. But the US dollar accounted for nearly 40 percent of global payments in January, according to SWIFT, in contrast to the renminbi's 3.2 percent.

Such mismatches may exert negative impact on Chinese companies and institutions' global operations and resource allocation. Chinese individuals may encounter certain difficulties when they plan to invest globally, said Zhang.

Addressing a forum in early December, Zhu Jun, head of the international department of the People's Bank of China, the central bank, said the offshore renminbi market should play a bigger role so that the Chinese currency can be better accepted globally.