Editor's note: The government of the autonomous region has improved employment and education opportunities to help raise living standards for residents from all ethnic groups. Below, China Daily reporter Zhang Yangfei outlines five fields in which effective changes have been made. 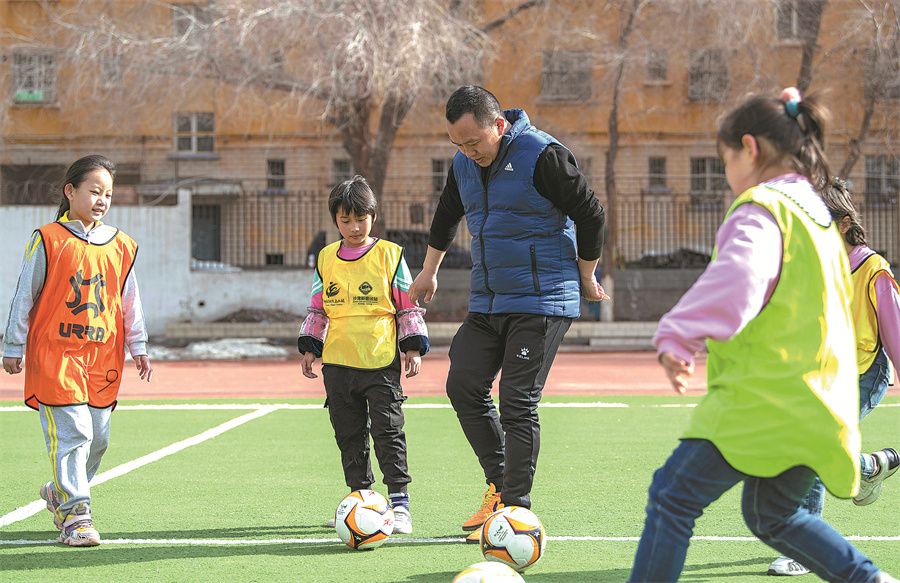 A soccer coach teaches a group of girls in Shawan city, Xinjiang Uygur autonomous region, with the aim of setting up a team for local youngsters. [HU HUHU/XINHUA]

The right to work

Over the past five years, the Xinjiang Uygur autonomous region has stepped up efforts to create favorable conditions for people from all ethnic groups to find employment and start their own businesses, according to Xu Guixiang, a spokesman for the regional government.

He added that in the past five years, the Xinjiang government has added 2.35 million jobs in urban areas and found work for 14.3 million laborers in the rural areas.

Tursonnayi Memet, a factory manager for Xinjiang Lebel, a company that specializes in the manufacture of medical clothing and equipment, said she used to work odd jobs to earn enough money to take care of her parents and children.

She joined the company in 2019 through a friend, starting as a trainee seamstress. "When I first arrived at the company, I knew nothing," she said.

"The company arranged a mentor to teach me all the techniques from scratch, patiently and carefully," Tursonnayi Memet said, adding that she studied hard, mastered the techniques and became a qualified worker.

She was later promoted to manager in charge of production, and her monthly salary rose to 5,500 yuan ($863).

"I was thrilled. I used the first month's salary to buy new clothes for my family and took them for a big meal," she said.

Thanks to her career, Tursonnayi Memet has refurbished her home and bought new furniture and appliances.

"There are many ordinary people around. Like me, they are using their own hands to build happy lives," she said. 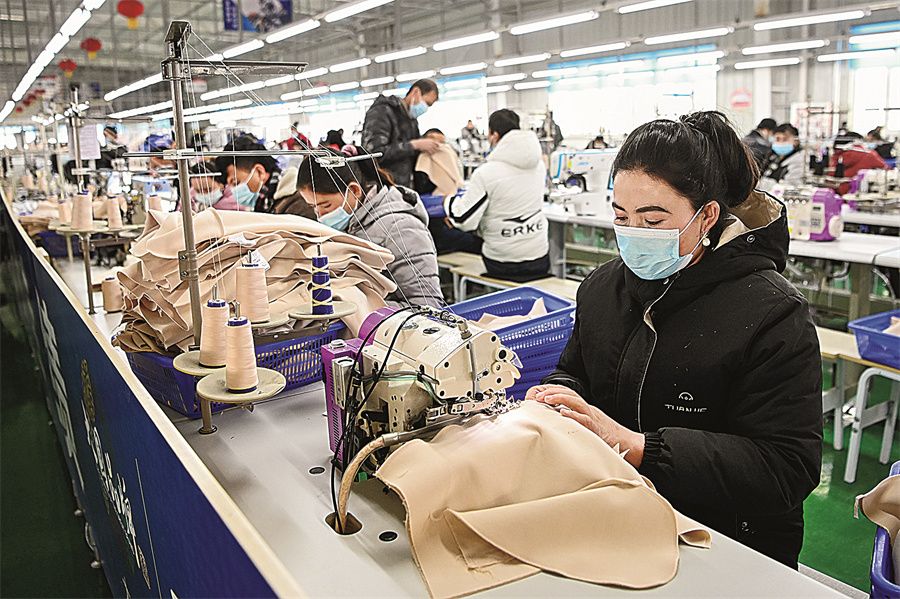 All ethnic groups in Xinjiang enjoy equal social status and jointly participate in State affairs. The 13th National People's Congress, China's top legislature, which held its annual session earlier this month, has 61 deputies from Xinjiang, including members of the Uygur, Kazak and Hui ethnic groups, said Xu Guixiang, a spokesman for the regional government. He added that the 13th National Committee of the Chinese People's Political Consultative Conference includes 34 political advisers from Xinjiang.

In recent years, Wurnisar Kadeer, who works at a service center that promotes technologies in the forestry and fruit industry, has put forward many suggestions to the NPC related to environmental protection for local oases and the construction of a logistics and distribution center for dried fruit.

"They have received timely responses. This is my right as a deputy from the Uygur group to exercise my political rights and participate in politics and democratic supervision," she said.

"I'm happy that nearly 40 percent of farmers' incomes in the city comes from the grape industry－including grapes, raisins and wine－and the business is a pillar industry to raise incomes."

Yirzat Zadar, a member of the 13th CPPCC National Committee and deputy director of the Xinjiang health commission, prepared a number of proposals for this year's two sessions.

He said he hopes government at all levels will raise investment to provide more qualified physicians at the village level so people in rural areas can enjoy quality medical treatment.

"The CPPCC is a great creation of China's political system that safeguards the political rights of citizens, enabling people from all ethnic groups and walks of life to fully exercise their right to participate in politics," he said.