Many people know about Huashan mountain in Weinan, Shaanxi province — its steep terrain and grand views that attract tourists from around the world. But fewer know that Shaohua Mountain, a few kilometers away, also has astonishing views. It, too is in Weinan, and an offshoot of the Qinling range. Local residents call Huashan the higher Hua mountain. At 2,154 meters, it's about 500 meters higher than Shaohua Mountain. They're a pair, known locally as "the two Hua mountains".

According to the Weinan government, from the May Day holiday to mid-June, Shaohua Mountain received more than 38,000 tourists. While its sister, Huashan, received many more — almost 20,000 tourists in just five days from May 1 to 5. 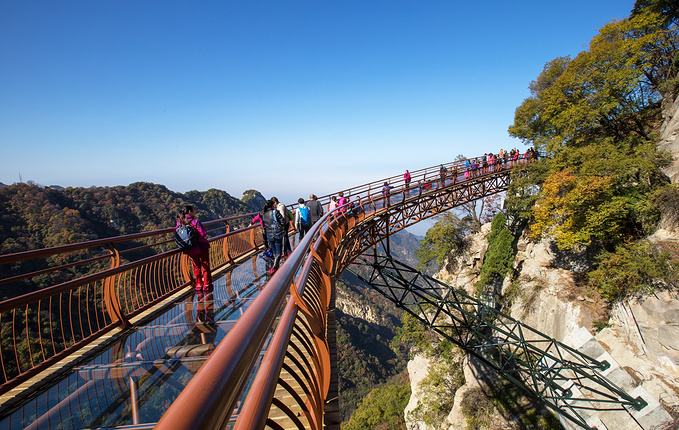 But locals are optimistic about the future of Shaohua Mountain, believing that it will become a new hot tourist spot in the future, particularly for visitors from cities nearby.

Ren Zhendong in Weinan contributed to this story.