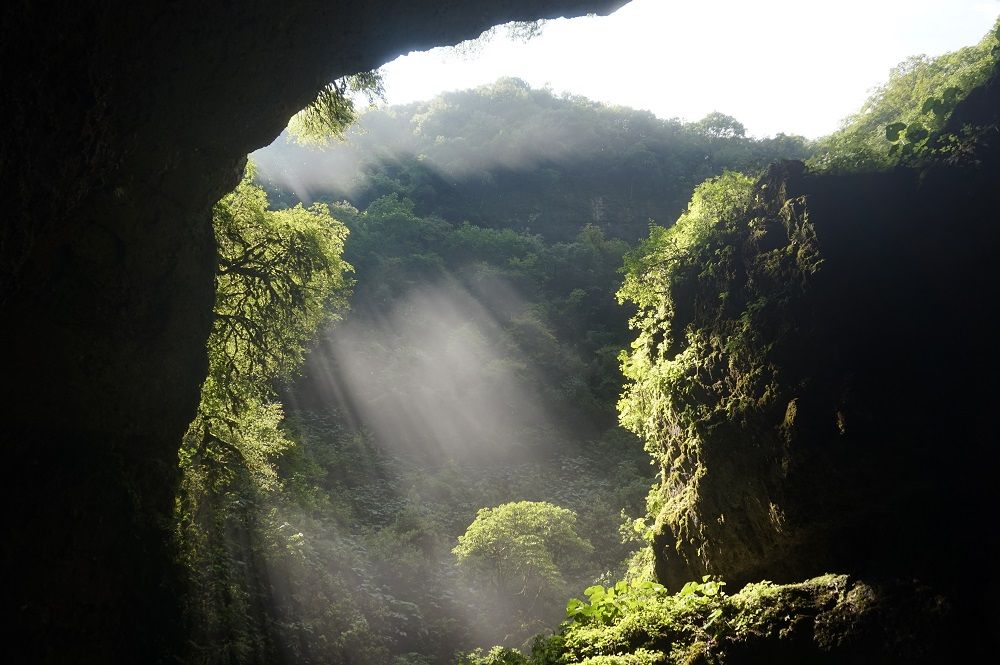 View from the bottom of a sinkhole in Hanzhong, Shaanxi province. [Gao Haifeng for China Daily]

A fossil of a fusulinid — the impression of an extinct, single-celled creature that lived 250 to 320 million years ago — has been found for the first time in the sinkhole group in Hanzhong, Shaanxi province, China Central Television reported on Wednesday.

The 8-millimeter fossil, known in Chinese as tinghuashi, was discovered by experts of the Shaanxi Institute of Geological Survey in a recent scientific expedition. 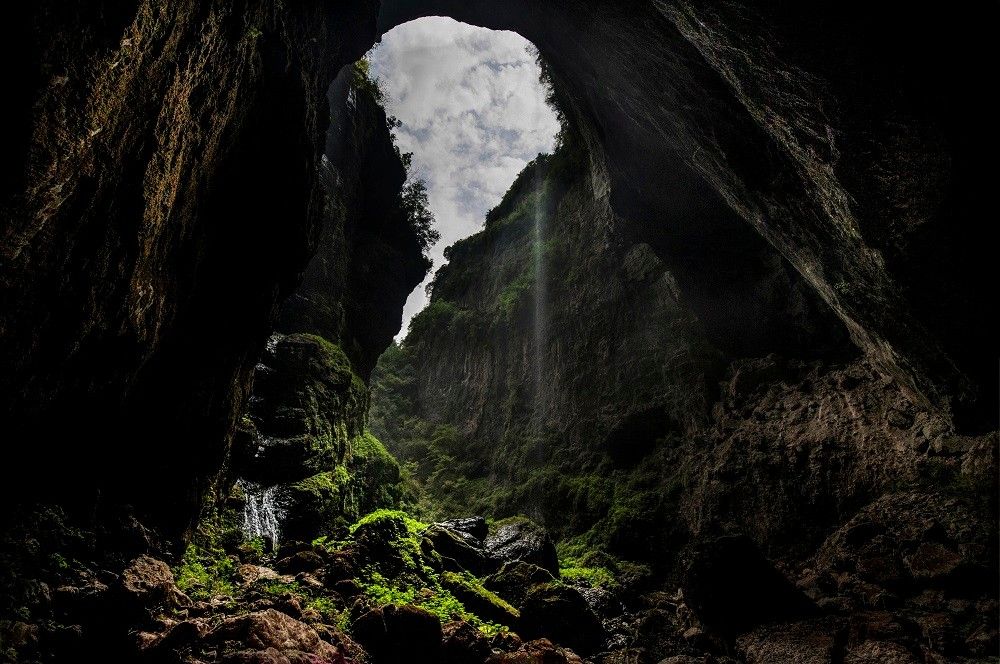 View from the bottom of a sinkhole in Hanzhong, Shaanxi province. [Zhao Jieyu for China Daily]

The single-celled organisms are cousins of the modern amoeba but had complex shells that were easily preserved as fossils.

The discovery will be important for research on the development of sinkhole group and on the primitive environment and geology of the region. 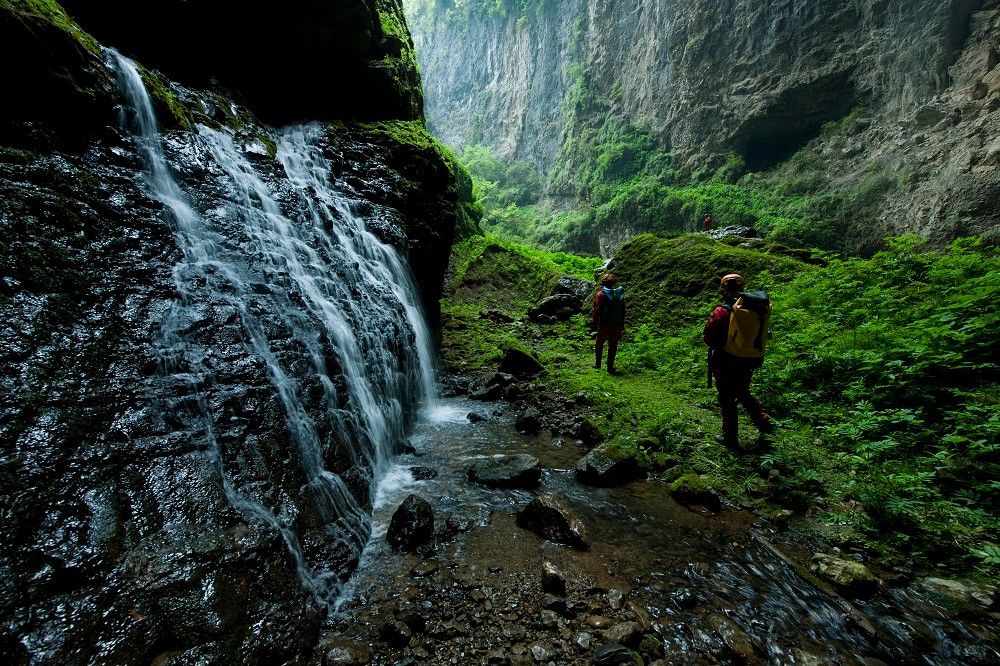 People walk along the bottom of a sinkhole in Hanzhong. [Zhao Jieyu for China Daily]

A fusulinid shell usually ranged from 5 to 10 millimeters in length, with the smallest no more than 1 mm and the largest 30 to 60 mm. Variations of the primitive worm had a variety of appearances — plates, balls, pillars and spindles, with the spindlelike fusulinid accounting for the majority. Aerial photo of a sinkhole. [Shui Xiaojie for China Daily.]

They were active about 320 million to 250 million years ago. The name tinghuashi, meaning the fossil of a spindlelike worm, was established by renowned geological expert Li Siguang in 1934 and has been widely used since then. 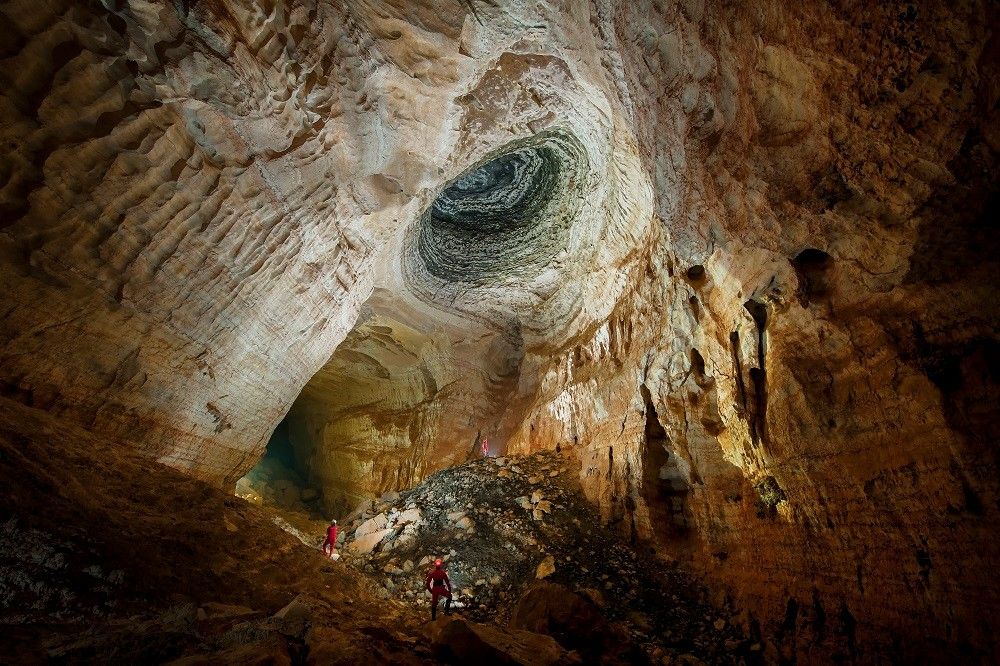 View inside a sinkhole. [Zhao Jieyu for China Daily.]

Yin Zongyi, senior engineer at the Shaanxi Institute of Geological Survey, told CCTV that in addition to the fusulinid fossil, expert discovered fossils of Bryozoa and the sea lily Crinoid that once coexisted with the fusulinid. 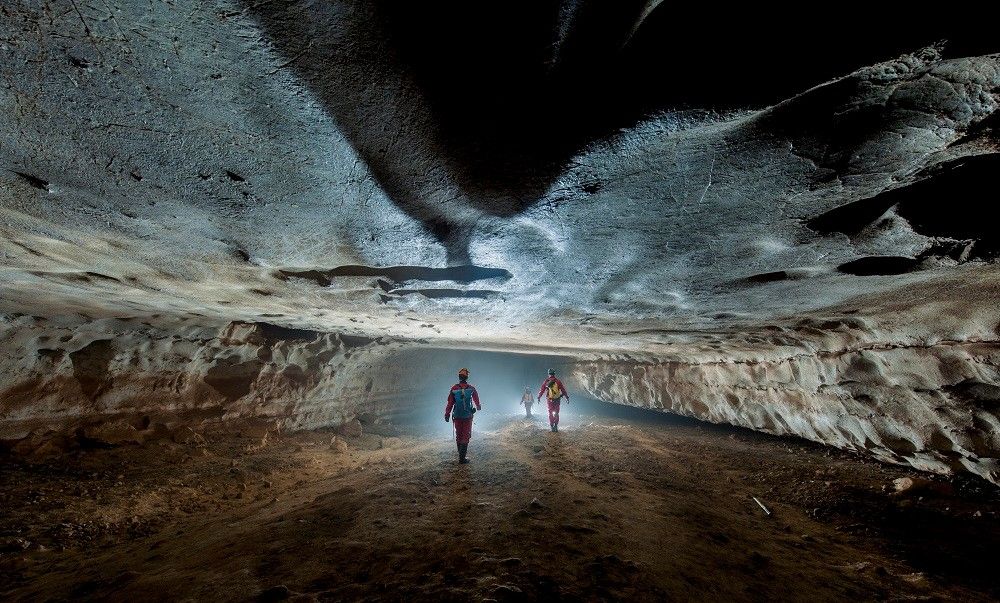 Another view inside a sinkhole. [Zhao Jieyu for China Daily.]

This indicates that the marine environment and geologic structure was relatively stable at the time and was good for the growth of the coexisting creatures, he said.

Li Shuqi in Hanzhong, Shaanxi province contributed to this story.