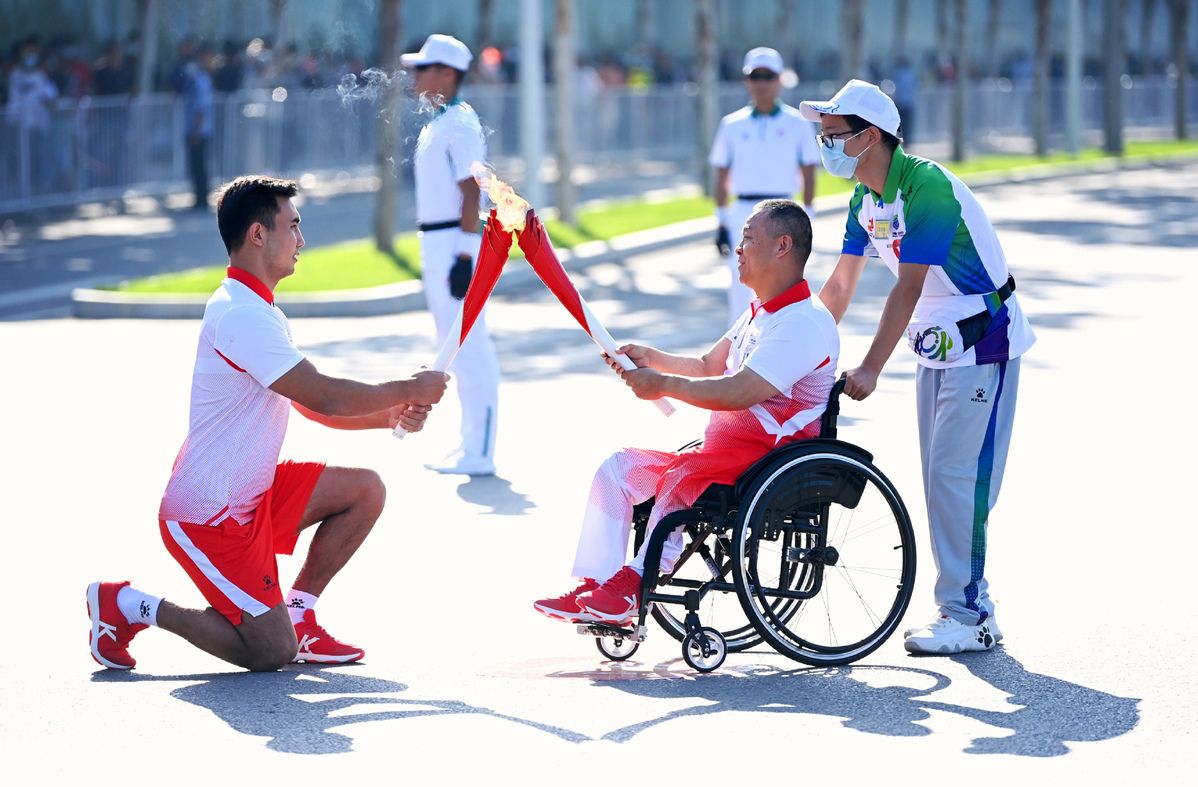 The torch relay for China's 14th National Games has entered its final stage before the cauldron is lit at the newly built Xi'an Olympic Sports Center tonight. XINHUA

With China's 14th National Games kicking off in Xi'an on Wednesday, host Shaanxi province is ready to deliver on its promise of staging a "streamlined, safe and splendid" showpiece.

Illustrating the enormity of the Games, medals are up for grabs in a total of 595 disciplines across 54 sports－19 of which are open to the public in a bid to boost the national fitness campaign.

The majority of the action is taking place in 13 cities in Shaanxi, although six events which have special requirements, such as surfing, are being staged in seven other provinces.

Some events were completed before the opening ceremony, but this week the Games will still play host to over 12,000 athletes, 6,000 delegation members, 4,200 technical officials, 15,000 volunteers and 1,500 media workers.

"Adhering to the principle of staging a streamlined, safe and splendid National Games, we need to overcome the influence of the COVID-19 pandemic. All the preparation work has gone really smoothly," Gao Zhidan, a deputy director of the General Administration of Sport of China, told a news conference in Xi'an on Tuesday.

"The vision of the National Games is people-centered. We hope to showcase the multi-functionality and far-reaching effects of the Games. We also hope the Games can be a platform for the athletes to shine and grow, and this is a platform for us to find the nation's future sports stars.

"The National Games should also meet people's growing sporting needs, and should also help build a healthier China and make the nation a stronger sports powerhouse."

With the COVID-19 pandemic still a major consideration, guaranteeing the safety of all participants is a priority for organizers.

Learning from the experience of the Tokyo Olympics, the National Games' organizing committee has devised and implemented comprehensive epidemic-prevention regulations for athletes, technical officials, delegation members and media, with the goal of "zero infections". 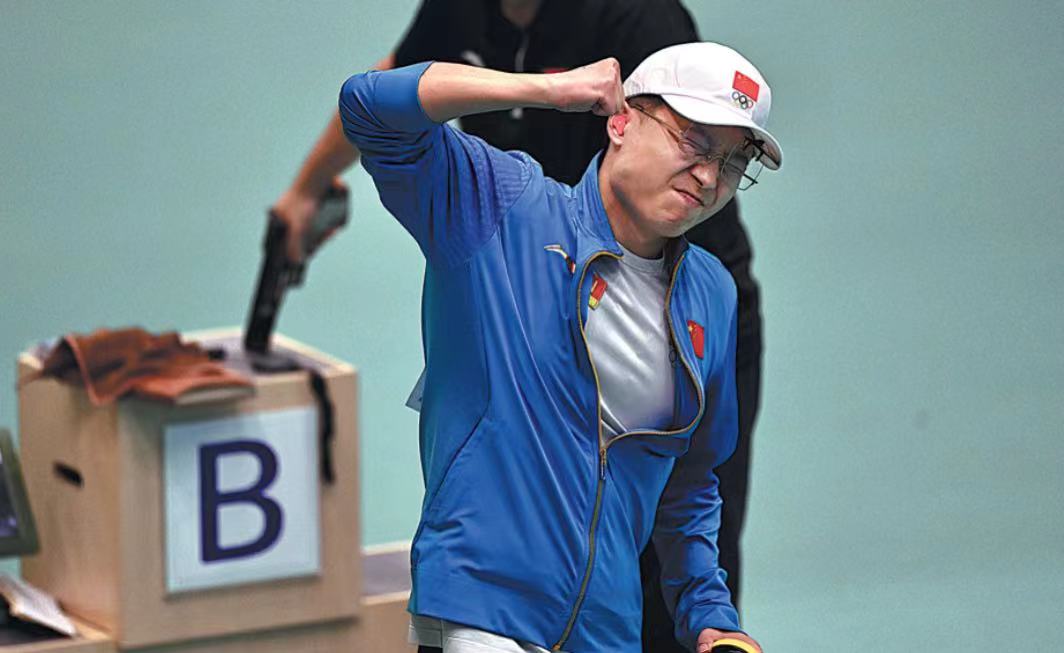 All participants are staying in a bio-secure bubble in Xi'an, with no physical contact with the outside world allowed, and travel only permitted between venues, the main media center, and accommodation areas in designated shuttle buses.

"We have specific epidemic-prevention regulations for each different event, each venue and each group of participants. We are strictly implementing all the regulations, including mandatory vaccination, medical quarantine on certain participants, daily COVID-19 nucleic acid tests and lockdown policies," said Fang Guanghua, deputy governor of Shaanxi province at Tuesday's news conference.

"All these measures are designed to make sure there will be zero infections during the National Games. We have to ensure the safety and health of everyone. The addition of the mini-program to the epidemic prevention system can help us integrate all the information."

In order to ensure participants' stay in the bubble is as comfortable as possible, organizers have provided high-quality accommodation and living facilities.

The village is serviced by a wide array of retail outlets, hair salons, canteens, gyms, running tracks and other recreational facilities. Moreover, a total of 1,350 medical workers are stationed at the venues and villages. Additional accommodation is available at 83 designated hotels.

Organizers are keen to stress that the newly constructed buildings will be used far beyond the closing ceremony on Sept 27.

"There will be no extravagance or waste," Fang said. "We need to plan the future usage of these venues after the National Games to explore their economic and social benefits. Also, the opening and closing ceremonies will be impressive but economical at the same time." 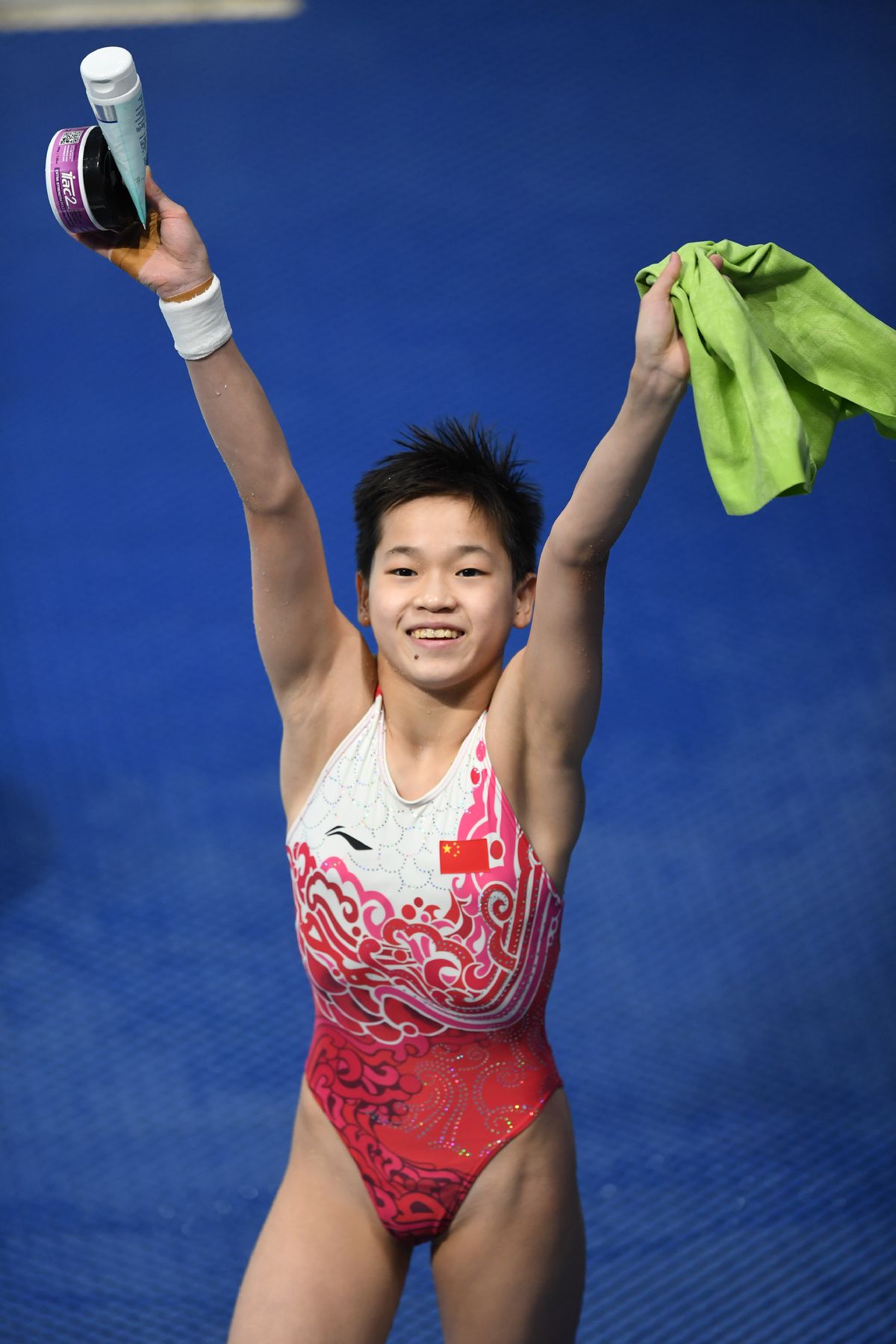 The main attractions of the National Games are China's recently returned Tokyo 2020 Olympians. After almost a month in medical quarantine, most have now arrived in Xi'an primed for fresh challenges.

For some, winning a national title is even harder than winning Olympic gold.

On Sunday, for instance, three Olympic diving champions from Tokyo－Quan Hongchan, Zhang Jiaqi and Chen Yuxi－battled it out for the women's 10-meter platform title.

Fourteen-year-old Quan, representing Guangdong province, again showed her dominance in the discipline to follow up her Tokyo heroics with another gold.

"It's so hard for me to catch up with you two," Quan told Zhang and Chen in front of the TV cameras. "But I'm certainly happy to be able to once again stand on the highest podium."

The three-way tussle instantly grabbed the public's imagination, with 'Battle of the Diving Queens' becoming a trending topic on Chinese social media.

"Quan Hongchan is still very young, and she trains together with Chen Yuxi. We will try hard to nurture her. She is a rare and promising star of the sport, and looks sure to earn more honor for the nation in the future," said He Weiyi, head coach of the Guangdong diving team.

"She's still so young, and there's a long journey ahead of her. I hope she can keep learning and growing."

Yang Qian, who bagged the first gold medal of the Tokyo Olympics by winning the women's 10-meter air rifle, also enjoyed more glory in Xi'an by triumphing in the 10m air rifle mixed team event along with Yang Haoran. The pair also won gold in the discipline in Tokyo.

"We are still partners, so this is just another competition in another location," said Yang Qian.